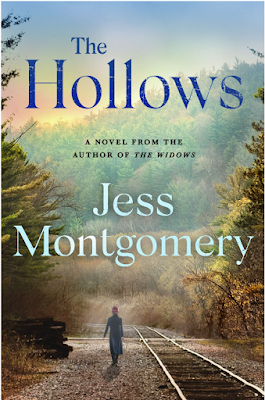 Jess Montgomery showcases her skills as a storyteller in this powerful, big-hearted and exquisitely written follow-up to her acclaimed debut The Widows.

Ohio, 1926: For many years, the underground railroad track in Moonvale Tunnel has been used as a short cut through the Appalachian hills. When an elderly woman is killed walking along the tracks, the brakeman tells tales of seeing a ghostly female figure dressed all in white.

Newly elected Sheriff Lily Ross is called on to the case to dispel the myths, but Lily does not believe that an old woman would wander out of the hills onto the tracks. In a county where everyone knows everyone, how can someone have disappeared, when nobody knew they were missing? As ghost stories and rumors settle into the consciousness of Moonvale Hollow, Lily tries to search for any real clues to the woman’s identity.

With the help of her friend Marvena Whitcomb, Lily follows the woman’s trail to The Hollows—an asylum is northern Antioch County—and they begin to expose secrets long-hidden by time and the mountains.

The Hollows is the second book of the Kinship Historical Mystery Series and great as a standalone book. This is my first Jess Montgomery book and she has quickly become one of my favorite authors.
The series is based on real life events and focused on a 1920’s female sheriff in Appalachia. As the sheriff, Lily Ross is called to investigate the mysterious death of an elderly woman in the remote district called Moonvale Tunnel. Lily is assisted by her deputy sheriffs’ Hildy and Marvena, as their investigation leads to an asylum called The Hollows.

As a fan of Historical Fiction reads, I found this to be an amazing well researched story. Montgomery’s writing is vivid, that will take you back with her writing style that captures the rich details of the life and people of the Appalachians in the 1920's.

The book besides being a great mystery novel is more than that; it also covered some of our country’s dark and blemished history, addressing issues of racism with the feature of the women’s KKK, the sexism that occurs being a female in power, the coal mines, as well as, the prohibition.

I enjoyed reading about the believable characters and the immersive experience I felt reading this book. I highly recommend this book for an unforgettable read. 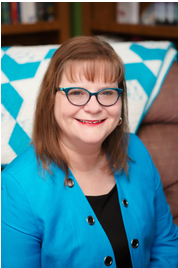 JESS MONTGOMERY is the author of the Kinship Historical Mystery series, focusing on a 1920s female sheriff in Appalachia. You can find out more about her books at her website, www.jessmontgomeryauthor.com, or reach her on Facebook @JessMontgomeryAuthor, Twitter @JessM_Author and Instagram @JessMontgomeryAuthor.

Under Jess's given name, she is a newspaper columnist, focusing on the literary life, authors and events of her native Dayton, Ohio for the Dayton Daily News. Her first novel in the Kinship Historical Mystery series, THE WIDOWS, garnered awards even before publication: Montgomery County (Ohio) Arts & Cultural District (MCAD) Artist Opportunity Grant (2018); Individual Excellence Award (2016) in Literary Arts from Ohio Arts Council; John E. Nance Writer in Residence at Thurber House (Columbus, Ohio) in 2014.