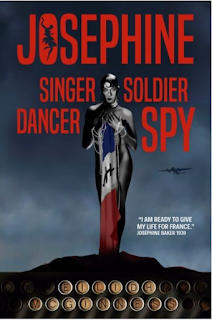 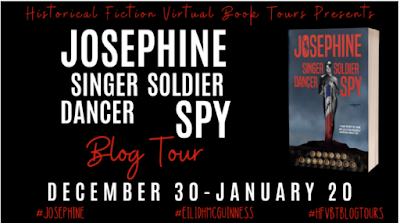 Josephine Baker is born into poverty in racially segregated America. Desperate to escape she flees to France where she embraces the hedonistic lifestyle on offer for those who dare, in the Paris of the Roaring Twenties.

Hitler's rise to power in Germany forces her to face her true self. Determined to protect the Liberty Equality and Fraternity she has found in France, she becomes an 'honorable correspondent' for the French Secret Service. So, beginning a journey which will take her from the Red Cross Shelters in Paris to the cruel deserts of North Africa. She will find love and enduring friendship but she must also face dangers which will threaten not only her life but all she holds dear.....Can she find the courage to fight for what she believes in....no matter what the cost?

I knew very little about her amazing life and this fictional story about real life events really opened my eyes to the life of this wonderful and brave woman. The bravery she showed during the second World War and for the French Resistance really left me in awe.

Josephine Baker grew up in America at a time when the country was racially segregated and KKK activities were rampant. As a child, where an infected foot where an amputation was threatened, she could have had a different course in her life. But that was not in her future. She was meant to do so much more. Josephine moves to France where she becomes a very rich and famous entertainer in the midst of the roaring twenties. Her popularity was put to use to aid her adopted country during the time Hitler is rising into power.

McGinness wrote with such detail in this well researched historical fiction novel. I was taken back in time with her rich and vivid detail of the time and of Josephine Baker’s heroic feats of courage and bravery for an important cause. I thoroughly enjoyed reading this book that had me hooked from the very first page. Well done in this amazing story of a woman everyone should read about. 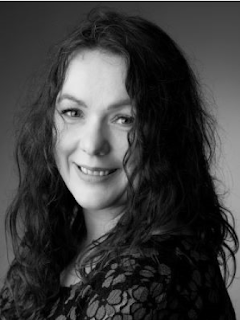 Eilidh was born and brought up in the Highlands of Scotland. She studied law at Aberdeen University. She practiced as a lawyer for twelve years, latterly specializing in criminal defense. Eilidh then moved to South West France with her then husband and four children. She established an independent estate agency business which she ran for twelve years before concentrating on writing- a long held dream. Eilidh has always been fascinated by history and ordinary people who achieve extraordinary things.

Review at Books and Zebras

Feature at Just One More Chapter

Review at Reading is My Remedy

Feature at I'm All About Books

Review at Passages to the Past

Interview at Passages to the Past

Feature at View from the Birdhouse

Feature at Chicks, Rogues, and Scandals

Review at YA, It's Lit


During the Blog Tour, we are giving away a paperback copy of Josephine: Singer Soldier Dancer Spy! To enter, please use the Gleam form below.

– Only one entry per household.

– All giveaway entrants agree to be honest and not cheat the systems; any suspicion of fraud will be decided upon by blog/site owner and the sponsor, and entrants may be disqualified at our discretion.

– The winner has 48 hours to claim prize or a new winner is chosen. 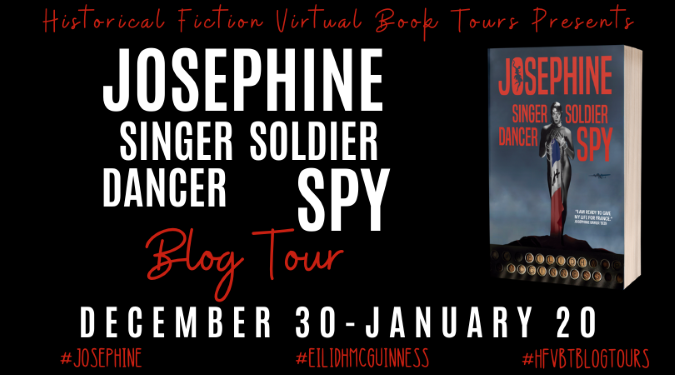