LIES THAT BIND BY ASHLEY FARLEY 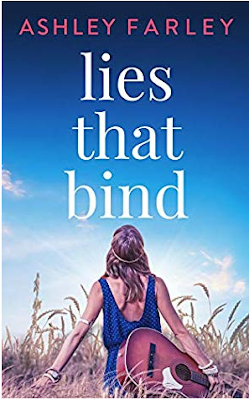 A suspenseful story of three women who, in search of freedom from the lies that bind them, experience personal growth, discovery, and forgiveness.

Ten years ago, Stuart Carpenter was killed in a single-car accident after retrieving his daughter, Reese, from college. The first responders to the accident saw no evidence of her, and she’s been neither seen nor heard from since. A decade later, Reese’s mother, Eva, struggling to make it through her days, holds out hope her daughter is still alive.

Maggie, on the rebound after the breakup of a long-term relationship, rushes into marriage with a man she knows little about. On the surface Eric is a stable man and a good provider, but when his job takes them from Oregon to Virginia, his dark side begins to show. Eric is ready to start a family. Maggie is more interested in pursuing a career as an investigative journalist. Eric will do whatever it takes to get his way.

On a snowy Sunday in early March, Maggie befriends her across-the-street neighbor, Eva, who confides in Maggie about her missing daughter. The story intrigues Maggie, and she can’t stop thinking about Reese. When Eric’s controlling behavior turns abusive, Maggie uses the investigation of Reese’s disappearance as an opportunity to go undercover.
Maggie travels from Virginia to Ohio to Washington DC, unraveling the secrets of the dysfunctional family that drove a young woman to a desperate act of survival.

Ashley Farley is one of my favorite authors! She can definitely write characters that you will love, admire, and would want to become friends with in real life! This is an emotional story that gripped me right from the very beginning. I love that!

The story is told in three point of views of three amazingly strong women, Eva, Reese and Maggie. Each had their own stories and their reason to keep their lies going. All three characters were realistic, broken, and trying to deal with their issues of alcoholism, abuse, and other real life serious situations. Eva dealing with the tragic loss of her spouse and the disappearance of her daughter. Reese and is struggling to hold on. Reese who disappears for ten years, and Maggie an investigative reporter and a newly wed marries a man she thought she knew.

The story was engrossing and deep. Farley never disappoints me and will remain one of my top authors for me. Despite the difficult situations, the book is really about hope that will have you rooting for these women. What a great read for me and thank you for the chance to read this amazing book. 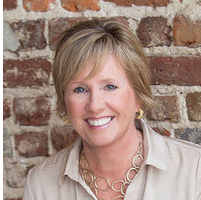 Ashley Farley writes books about women for women. Her characters are mothers, daughters, sisters, and wives facing real-life issues. Her goal is to keep you turning the pages until the wee hours of the morning. If her story stays with you long after you've read the last word, then she's done her job.

After her brother died in 1999 of an accidental overdose, she turned to writing as a way of releasing her pent-up emotions. She wrote SAVING BEN in honor of Neal, the boy she worshipped, the man she could not save.

Ashley is a wife and mother of two young adult children. While she’s lived in Richmond, Virginia for the past 21 years, part of her heart remains in the salty marshes of the South Carolina Lowcountry where she grew up. Through the eyes of her characters, she’s able to experience the moss-draped trees, delectable cuisine, and kind-hearted folks with lazy drawls that make the area so unique.

Visit my website at http://www.ashleyfarley.net for more information. Or sign up for my newsletter using this link: http://ashleyfarley.net/get-your-free..