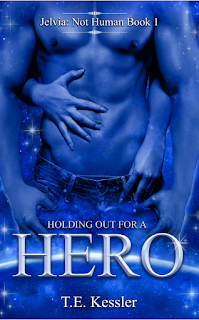 And now the Jelvia: bigger, stronger, disease and injury resistant—and venomous—looks set to topple us from world domination.

Some say it’s too late to acknowledge the invisible technology that distorts the truth about the Jelvian timeline. And others live in oblivion knowing—or not wanting to know—that there is no scientific proof sustaining that Jelvias evolved alongside us on our planet; they don’t question why there is no photography, ancient books, or old Jelvian fossils, or even why they aren’t any old Jelvias.

They definitely don’t recognise the danger we are in.

And journalist, Macy Shaw, is one of those people.

When she was twelve years old, her mother was murdered, and subconsciously ever since, Macy’s been searching for a hero. But the hero she found was a Jelvia. Undeterred, she used her connections to go after the biggest story of her life.

Narcifer saved a woman by merely being a Jelvia—his presence causing terror and making the assailants flee. And it amused him when his “heroism” created a national stir, so when a pretty little red-head asked to interview him for a story, Narcifer felt compelled to grant it to her, especially when she gave all the signals that she wanted more than a story.

However, on the night Narcifer inadvertently became a hero, he had been tracking a scientist with orders to kill, and strangely no matter where Narcifer’s line of investigation took him, his search always brought him back to the red-headed journalist, Macy Shaw.

This book is the first in the JELVIA: NOT HUMAN series.
Each book will slowly reveal the true identity of the Jelvia.

JELVIA: NOT HUMAN books can be read as a standalone novel, although you’ll gain a better understanding of the Jelvian world by reading in order.


This was certainly a different kind of a read for me being Sci-Fi Erotica/ Romance with a great HEA. The protagonist is Macy Shaw a human journalist who has a steamy love affair with her hero, Narcifer, a Jelvian male - super human whom no one really knows anything about and those that question their origins will suffer undue consequence.

The story characterization was great and their love affair is extra steamy. But the underlying message is what makes this a great read. I found it easy to get lost in this world that Kessler built. The characters were well developed, and with plot twists that kept my attention and had my attention piqued and turning those pages.

I found that I was entertained, which made this a fun read for me on a genre that was new to me. I enjoyed it a lot and glad to have been in this tour that gave me a chance to read this highly entertaining book.