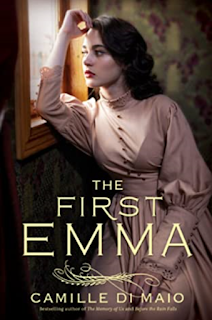 Camille Di Maio's fifth novel THE FIRST EMMA is the true story of Emma Koehler, whose tycoon husband Otto was killed in a crime-of-the-century murder by one of his two mistresses—both also named Emma—and her unlikely rise as CEO of a brewing empire during Prohibition. When a chance to tell her story to a young teetotaler arises, a tale unfolds of love, war, beer, and the power of women.

1914 - Young bride Emma Koehler dreams of a happy marriage and a simple life with her husband ut her hopes are quickly dashed by Otto's obsession with his business. Though they become one of the wealthiest couples in the country - a fortune made on beer, mining and hospitality - Emma is lonely in their stone mansion, unable to have children and unable to keep his attentions at home. When a tragic accident changes everything, Otto presents a new betrayal - and Emma must choose between loyalty and independence in a world that demands convention.

1943 - Mabel Hartley flees Baltimore after the war leaves her broken and alone. She answers the advertisement of a dying woman in San Antonio, with an urgent plea to come write her memoirs. In Emma Koehler, Mabel discovers astounding resilience - a pioneer who weathered personal devastation and navigated her large brewery through the storm of Prohibition. Soon Mabel realizes that Texas holds more for her than this new friendship. Romance blooms even as she's given up on love, and an unexpected phone call gives her hope that not all goodbyes are final.

The First Emma is a moving story of love, hope and murder that captures one woman's journey to make her mark on history and another's desire to preserve it.

Camille DiMaio's THE FIRST EMMA is a wonderfully researched and beautiful istoriacal fiction story about the brave and strong women and their complicated roles in history especially that in the early 1900's, the Prohibition era, and the amazing history of the breweries in San Antonio.

The story begins dramatically in 1914 as we hear about the murder of one of the richest and influential men in the country, Otto Koehler by one of his many mistresses ( the other Emma). The first Emma despite the misfortune of being in a wheelchair from a tragic accident takes over the helm of their business in the brewery, mining and hospitality.

Mabel Hartley answers a plea from Emma Koehler to help write her memoir. This develops an unlikely friendship between these women, and through this journey upon Emma's death bed, we are privey to these amazing stories, and what stories Emma had to share.

Di Maio is an exceptionally talented storyteller that delivered such an amazing story of not only a strong woman but one that is inspiring, fearless and one to be admired. This is a and moving true story that I enjoyed reading about. 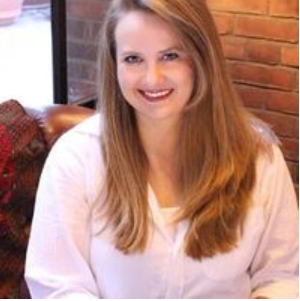 Camille recently left an award-winning real estate career in San Antonio to become a full-time writer. Along with her husband of twenty-two years, she enjoys raising their four children. She has a bucket list that is never-ending, and uses her adventures to inspire her writing. She's lived in Texas, Colorado, Pennsylvania, Virginia, and California, and spends enough time in Hawai'i to feel like a local. She's traveled to four continents (so far), and met Mother Teresa and Pope John Paul II. She just about fainted when she had a chance to meet her musical idol, Paul McCartney, too. Camille studied political science in college, but found working on actual campaigns much more fun. She overdoses on goodies at farmers markets (justifying them by her support for local bakeries) and belts out Broadway tunes whenever the moment strikes. There's almost nothing she wouldn't try, so long as it doesn't involve heights, roller skates, or anything illegal. Her books include:

She appreciates you stopping by, and welcomes you to reach out and share a love of books!