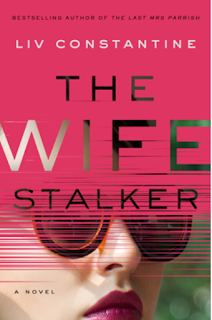 Happy PUB day to this amazing psychological thriller I loved.
The bestselling author of The Last Mrs. Parrish returns with a psychological thriller, filled with chilling serpentine twists, about a woman fighting to hold onto the only family she’s ever loved—and how far she’ll go to preserve it.
Named one of the most anticipated thrillers of the year by Goodreads, Bustle, SheReads, and Library Journal; A LibraryReads pick of the month
Breezing into the upscale seaside paradise of Westport, Connecticut, gorgeous thirtysomething Piper Reynard sets down roots, opening a rehab and wellness space and joining a local yacht club. When she meets Leo Drakos, a handsome, successful lawyer, the wedding ring on his finger is the only thing she doesn’t like about him. Yet as Piper well knows, no marriage is permanent.
Meanwhile, Joanna has been waiting patiently for Leo, the charismatic man she fell in love with all those years ago, to re-emerge from the severe depression that has engulfed him. Though she’s thankful when Leo returns to his charming, energetic self, paying attention again to Evie and Stelli, the children they both love beyond measure, Joanna is shocked to discover that it’s not her loving support that’s sparked his renewed happiness—it’s something else.
Piper. Leo has fallen head over heels for the flaky, New Age-y newcomer, and unrepentant and resolute, he’s more than willing to leave Joanna behind, along with everything they’ve built. Of course, he assures her, she can still see the children.
Joanna is devastated—and determined to find something, anything, to use against this woman who has stolen her life and her true love. As she digs deeper into Piper’s past, Joanna begins to unearth disturbing secrets . . . but when she confides to her therapist that she fears for the lives of her ex-husband and children, her concerns are dismissed as paranoia. Can she find the proof she needs in time to save them?

Just when I thought I could not be surprised anymore, the sisters writing duo, Liv Constantine have crafted a twisted one that I just devoured and enjoyed. Set in the beautiful seaside town of Westport, Connecticut Piper Reynard settles as far away East as she can from California. She settles in to her new life by purchasing a rehab and wellness clinic and joins the local yacht club. Piper meets Leo Drakos - married with children and a successful attorney who is in severe depression. His dedicated wife Joanna who had been by his side trying to pull him out of his depression, finds that his mood has lifted but only because of his new friendship with Piper.

This was an amazing psychological thriller that had me guessing until the very end which was a wonderful surprise and made this quite the fun read. 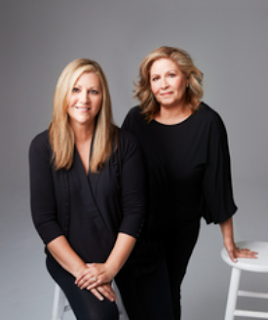 Liv Constantine is the pen name of internationally bestselling authors and sisters Lynne Constantine and Valerie Constantine. Separated by three states, they spend hours plotting via FaceTime and burning up each other’s emails. They attribute their ability to concoct dark storylines to the hours they spent listening to tales handed down by their Greek grandmother. Their debut thriller, THE LAST MRS. PARRISH was a Reese Witherspoon Hello Sunshine book club pick and an international bestseller that is available in over 32 countries. It is currently in development for television. Their second book, THE LAST TIME I SAW YOU, was released on May 7, 2019, and is in development for film. Their next book, THE WIFE STALKER, will be published on May 19, 2019. Visit their website at www.livconstantine.com and find them on Twitter at https://twitter.com/LivConstantine2 or Instagram under the handle @livconstantine2