7th MAY 2021 TEARS OF AMBER (Amazon Crossing; May 1, 2021) by Sofía Segovia (Over the River Public Relations) @MSofiaSegovia, @SimonBruni, @OverTheRiverPr, @AmazonPub 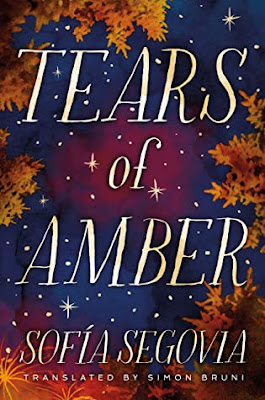 
TEARS OF AMBER is inspired by true events. It is a Prussian story but it is also a Mexican story. The protagonists settled in my hometown, and I am a close friend of one of their daughters, born in Germany. I had never dared to ask what had been of her parents’ during the war, because I knew it had to be a difficult subject. But when she told me about her mother as a little girl in a runaway carriage, holding her brother tight, I was hooked by the images. Then by the amazing, almost-impossible-to-believe coincidences that brought her father and mother together, both alive, not only in body but also in spirit, in hope. Their story lives in them and in their children just a few blocks from my home. They created an amazing, generous, loving Mexican-German family. They are German, but they break the stereotype of the movies and novels: they were not soldiers, they were little kids with hopes and dreams in Prussia when this war, abandonment and exodus happened to them. I wanted to break with the usual way we know WWII. It was a risk I took, looking out of the eyes of German folk and not from those of the usual victims. But I realized that the truth of the despicable Holocaust and the truth of children and families like those in TEARS OF AMBER coexisted and even complement and completed each other. So, I wrote it.

I did caution Ilse, one of the main characters, that I was not a biographer or even an historian. I am a novelist, and I would take the story she gave me and transform it into the one she inspired.

Brave Ilse was the first to read it. She loved it. She said that she recognized her life and her relationships, especially with her father. Through the novel, she got to understand her mother. Many others, victims of this exodus (and/or their children) have written to me to the same effect. I got to
present this novel at the Israelite Sports Club in Mexico City. I was nervous, but shouldn’t have been: they “got it”.

The story of the Holocaust is not complete —and it can happen again! — unless one knows the other side of the story. We know the whom, the what, the where, the when, the how many of it. The why did it happen, the how was it possible, the how easy it was for it to happen, we cannot understand unless we dare to see through others’ eyes. I believe that in knowing everything, in seeing the whole picture, we can prevent it from ever happening again.

I often say that when I write I try to forget everything, except my humanity. In other words, for example, I don’t write as a woman, but as a human. In TEARS OF AMBER, I also aspired to leave my nationality, my language and even my weather behind. I wrote in Spanish, of course, but imagined my characters speaking in German. I believe that effect shines through in Simon Bruni’s translation.

After his brilliant translation of The Murmur of Bees, I wouldn’t and couldn’t imagine anybody else for TEARS OF AMBER. A master literary translator should translate more than words and has to understand the culture, the nuances, be sensitive to tone, rhythm and cadence. And this novel was especially tough. Simon is a Briton who speaks Spanish from Spain, translating Spanish from Mexico into US English. For this one he still had to keep in mind the German variable on top of everything else. I have had the privilege of being a witness and collaborator in his process. We developed a system that works for us, and we have built a partnership and a friendship. It was my lucky day when I received an e-mail by one Simon Bruni, translator, who offered to translate El murmullo de las Abejas (The Murmur of Bees).

Tears of Amber by Sofía Segovia is a sweeping historical fiction saga that is heartbreaking, engaging and a powerful read based on true to life events. This book follows these characters' journey chronologically through alternating point of views where the writing is completely immersive into the horrors of their life experiences in the midst of the war of what is current day Poland.
Though I have read many WWII novels, this one was so special in that the writing really pulled me into the stories. The characters came alive in these pages - as the families did all they can to survive such unfathomable circumstances, and their stories intertwined, I was left amazed by the resilience and strength to survive and push through.
I highly recommend this book for historical fiction fans. Do not miss this one.
About Sofía Segovia 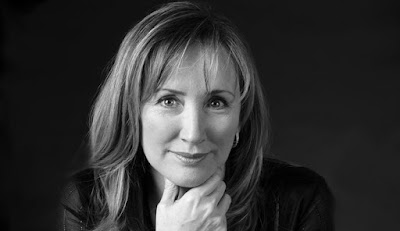 I was born in Monterrey, Mexico. The 5th child in a family of six daughters and sons. My father is an OB-GYN and my mother a business woman turned politician, now both retired. We had a tennis court at home so that and all sport was a big part of our family. But surprisingly, in a growing city with no book stores or libraries, in that family, even my nanny was an avid reader. She was also my storyteller, which is a big part of my love for writing. I went to school at The American School of Monterrey, where I learned many things, but more than anything, the love for other languages and all aspects of theater, musical or other, on stage and off. I took a sabbatical to study French in Switzerland after high school. That’s when I realized I loved to travel and go to museums, that’s when I saw-touched-felt history and became an observer. I actually have a museums-of-the-world bucket list that keeps growing.

I went to college in Monterrey for two years before getting married at 20, in 1985. With my new husband, José, I lived in San Diego, California for a couple of years. When we came back to Monterrey, I went back to college to finish my degree in Communications. That’s when my involvement in politics became professional. We had our first daughter when I was 25; we have three children in all. I always kept writing —speeches, plays, political campaigns, but nothing and nobody ever said to me: fiction is your thing. Until the end of the world was announced for the year 2000. Then I asked myself: what’s your thing, yours that has nothing to do with anybody else? Writing short stories as a girl or a young woman even in college had given me the most pleasure, I realized, and it had been a long time since I’d written one for nobody, just for me, just because. So, I decided to explore that feeling again. I joined a writing workshop, and realized I no longer had short stories in me, I had novels. I wrote Huracán. It took me a while to get published in the big leagues, but the wait and my personal evolution was worth it! The Murmur of Bees opened all possibilities for me. The came Tears of Amber. So now I write and read and travel. I check off items from my museum bucket list, but have been back many times to many of them. I’ve been married to José for 35 years and been sweethearts for 40. Sports are important in our family, but also reading, travel, our pets, history, museums, theater and cooking mostly Mexican, French, Italian and Indian food. Everyone in our family is an excellent cook.
ABOUT TRANSLATOR SIMON BRUNI
Simon Bruni translates literary works from Spanish, a language he acquired
through total immersion living in Alicante, Valencia, and Santander. He
studied Spanish and linguistics at Queen Mary University of London and
literary translation at the University of Exeter. Simon’s many published
translations include novels, short stories, video games, and nonfiction
publications, and he is the winner of three John Dryden translation awards: in
2017 and 2015 for Paul Pen’s short stories “Cinnamon” and “The Porcelain Boy”
and in 2011 for Francisco Pérez Gandul’s novel Cell 211. His translations of Paul
Pen’s The Light of the Fireflies and Sofía Segovia’s The Murmur of Bees
have both become international bestsellers. For more information visit
www.simonbruni.com.
Posted by NURSE BOOKIE at 2:29 PM