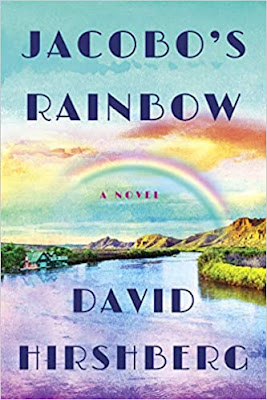 JACOBO’S RAINBOW is set primarily in the nineteen sixties during the convulsive period of the student protest movements and the Vietnam War. It focuses on the issue of being an outsider, an altogether common circumstance that resonates with readers in today’s America. Written from a Jewish perspective, it speaks to universal truths that affect us all.

On the occasion of the 15th anniversary of a transformative event in Jacobo’s life – the day he is sent to jail – he writes about what happened behind the scenes of the Free Speech Movement, which provides the backdrop for a riveting story centered on his emergence into a world he never could have imagined. His recording of those earlier events is the proximate cause of his being arrested. Jacobo is allowed to leave jail under the condition of being drafted, engages in gruesome fighting in Vietnam, and returns to continue his work of chronicling America in the throes of significant societal changes. Nothing is what it seems to be at first glance, as we watch Jacobo navigate through the agonies of divisive transformations that are altering the character of the country. Coming to grips with his own imperfections as well as revelations about the people around him, he begins to understand more about himself and how he can have an impact on the world around him … and how it, in turn, will have an effect on him.  The novel can be read on three levels: 1) as a coming of age story; 2) as a metaphor for what is happening on college campuses today, in terms of the shutting down of speech and the rise of anti-Semitism; 3) as a novel about Jewish identity and what life is like for the outsider.

Jacobo’s Rainbow is a book set in the 60’s surrounding Vietnam War and the Free Speech Movement which provides the backdrop of this immersive and thought provoking story.

Though set in the past, the universal themes of this book is relevant to today’s issues.

I found the writing to be insightful and observations deeply moving.

This book is written from the American Jewish perspective and evokes a captivating narrative inclusive of our universal voice that address races, genders, ethnicity and really embracing humanity.

What a poignant and powerful read I enjoyed!

A beautiful novel set in the past but perfectly, scarily, relevant to our current moment.— Gary Shteyngart, author of Lake Success

Jacobo’s Rainbow is a sweeping examination of the unique buckle in time that was the ‘Sixties,’ told from the perspective of the ultimate outsider—a young man who was born and raised in the tiny New Mexico town of Arroyo Grande, a town so isolated, it didn’t even legally exist. Jacobo’s journey takes him from that remote enclave to a college campus, where he becomes immersed in the Free Speech movement, and to the battlefields of Vietnam. His insights and observations about society, his peers, bigotry and anti-Semitism are both trenchant and currently relevant to the culture wars and threats to free speech we see on our college campuses and society at large today. Jacobo’s Rainbow is a deeply moving, sensitive, and profound novel—a definite must-read.— Marcia Clark, author of Blood Defense and Final Judgment.

Blending together historical events and wonderfully imaginative settings, David Hirshberg explores the American Jewish experience in this evocative novel of self-discovery, belonging, and the complexities of identity.— Shulem Deen, author of All Who Go Do Not Return

Although set in the nineteen sixties, David Hirshberg’s Jacobo’s Rainbow is infused with prescient relevance today. This hero’s journey shines a light on activism and protest on a college campus as well as the idea of patriotism and serving in the army. Most profoundly, it depicts a search for identity as young Jacobo Toledano struggles with the blurry distinction between who people are and how they present themselves in public. I loved this novel for its timeless message: that building a home of one’s own means leaving the safety of childhood and being resilient to the knocks the world hands you, true for an individual as well as a tribe.— Jeanne McWilliams Blasberg, author of The Nine and Eden

David Hirshberg propels the reader into the mix of the turbulent nineteen sixties, as if this novel was constructed from personal conversations between the characters and the author. They are all agents and witnesses of their times with intersecting ethnicities, religions, races, genders, languages, and ages. Characters in this captivating narrative hide, discover, and reveal their true inner selves as they interact with events and each other. This is a saga that drops bread crumbs for the discerning eye and gratifies the reader who recognizes them and revels in the aha moments when the pieces come together. Hirshberg is immensely skilled at conjuring plausible events that serve the narrative. He captures the essence of anti-Semitism experienced by Jews of different hues and origins. The author represents with imagined accuracy the experiences of young men and women caught up in the Free Speech movement and in the jungles of Vietnam.— Debbie Wohl-Isard, Editor, La Granada

In Jacobo’s Rainbow, as he did in My Mother’s Son, David Hirshberg explores that stunning moment when youth gives way to maturity—and uncovers the lasting effects of that profound transformation. The year is 1963, and Jacobo, who was born and raised in a sheltered, idyllic New Mexico village, enrolls in a university and quickly becomes embroiled in the turmoil and passion of that one-of-a-kind decade. As he begins to find his voice and take stock of his individuality, he also sees, in surprising fashion, how truly connected we all are. A highly original novel by an inspired chronicler of fact and fiction that reveals our darkest instincts while celebrating our innate humanity.— Barbara Josselsohn , author of The Lilac House and The Bluebell Girls

Jacobo’s Rainbow is a powerful, electrifying glimpse into the life of a young student advocating for the Free Speech Movement and protesting the Vietnam War. It’s a story about truth, loyalty, tradition, and the shortcomings of human perception, an all-too-often occurrence for those who haven’t yet experienced much of life. Hirshberg’s keenly nuanced characters will remain with the reader long after the last page.—Crystal King, author of The Chef’s Secret and Feast of Sorrow 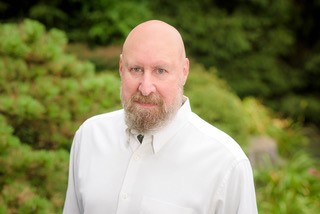 ABOUT THE AUTHOR: David Hirshberg is the pseudonym for an entrepreneur who prefers to keep his business activities separate from his writing endeavors. As an author, he adopted the first name of his father-in-law and the last name of his maternal grandfather, as a tribute to their impact on his life. His first novel, My Mother’s Son was published in 2018 and won nine awards. Reviewers have compared Hirshberg’s writing to Michael Chabon’s and Saul Bellow’s, among others. Learn more at David Hirshberg’s website, https://davidhirshberg.com/. 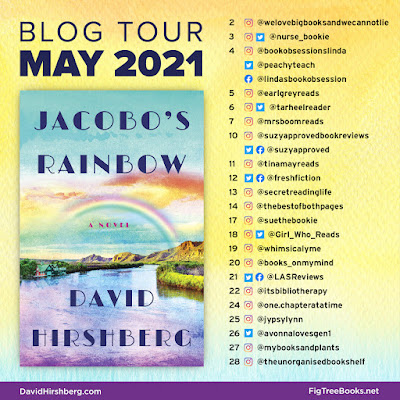 About Fig Tree Books: Fig Tree Books LLC, established in 2013, publishes literature that enlightens the unique American Jewish experience. It published the award-winning memoir by Abigail Pogrebin—My Jewish Year: 18 Holidays, One Wondering Jew—in 2017 and its other titles include novels from debut and previously-published authors, as well as important works that had gone out of print, including Compulsion by Meyer Levin and The Pawnbroker by Edward Lewis Wallant. Forewords for the Company’s books have been written by Bret Stephens, Dara Horn, Marcia Clark, Tova Mirvis, Shulem Deen, and AJ Jacobs. Books are published in hard copy, e-book, and audio formats and distributed to the trade by Publishers Group West, a Division of Ingram Publishing. More information can be found on its website. Twitter: @FigTreeBks Facebook: @FigTreeBks Publisher website: https://figtreebooks.net/ Author website: www.DavidHirshberg.com
Posted by NURSE BOOKIE at 4:35 PM