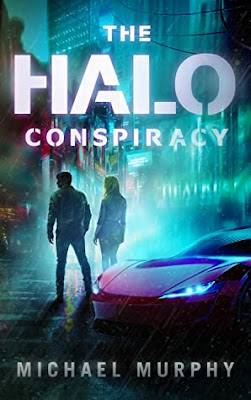 A ruthless technology company threatens to reveal Project Halo, a scientific breakthrough that will change humanity forever. Layers of secrecy conceal cutting-edge robotics, artificial intelligence and even rumors of synthetic humans. Before scientists can correct flaws that threaten the program, someone or something murders the brains behind the project.

Michael Murphy’s witty fast-paced sci-fi mystery introduces Lucas Nash, a gritty, by the book homicide detective thrust into a world he always avoids, high tech. He sifts through a maze of suspects; Rachel, a spirited intern, a brute of a security chief, a treacherous woman, the murdered man’s partner, and two ambitious Army officers, one found dead in the arms of a married schoolteacher, and a Colonel who can’t be found.

A media starved religious leader warns the world against the evils of technology with his beautiful assistant, Lucas’s one-time flame. Before uncovering the killer’s identity, an unlikely romance threatens to derail the investigation and end Lucas’s career. With pressure mounting from his superiors and the government, Lucas must set aside his feelings and solve the murder before technology makes him and humanity the next victims.

There is nothing I love more than reading a first book in the series, and this one is a great one to look forward to with upcoming installations.

The Halo Conspiracy is a captivating and a fast- paced futuristic Sci-Fi adventure murder mystery read with twists and turns that kept me intrigued and guessing. Set in the distant future where the world has changed and advancements have created chaos. When the brains behind Project Halo is murdered, homicide detective Lucas Nash gets to work in his own old fashioned style - and that is with his own smarts against the Artificial Intelligence and futuristic world he sets to avoid.

I enjoyed Lucas Nash's character and find that this start of a series intriguing, exciting with a lot of potential. Well done Michael Murphy on this wonderful weaving of a gritty old fashioned detective in a futuristic world. 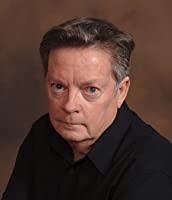 When he is not writing genre bending novels, Arizona author Michael Murphy is busy raising their four adopted children, five rescue dogs and a feral cat.
Posted by NURSE BOOKIE at 4:59 PM