April 16, 2021 THE VINES By Shelley Nolden Hosted by @overtheriverpr OTRPR 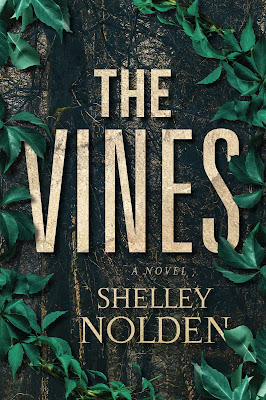 In the shadows of New York City lies forbidden North Brother Island, where the remains of a shuttered hospital hide the haunting memories of century-old quarantines and human experiments. The ruins conceal the scarred and beautiful Cora, imprisoned by contagions and the doctors who torment her. When Finn, a young urban explorer, arrives on the island and glimpses an enigmatic beauty through the foliage, intrigue turns to obsession as he seeks to uncover her past—and his own family’s dark secrets. By unraveling these mysteries, will he be able to save Cora? Will Cora meet the same tragic ending as the thousands who’ve already perished on the island?

The Vines intertwines North Brother Island’s horrific and elusive history with a captivating tale of love, betrayal, survival, and loss.

Editorial Reviews
"THE VINES weaves beautiful writing around an unsettling mystery: Who is the strange, scarred woman living on a seemingly uninhabitable island? Shelley Nolden's debut seems not just prescient - given the world's current focus on virology and immunizations - but also timeless, as it illustrates in painful detail how mankind seems destined to repeat our cruelest mistakes. Luckily for us readers, there's a bright thread of hope running through this book - as well as the promise of a sequel."
--Sarah Pekkanen, #1 New York Times bestselling co-author of You Are Not Alone

"Highly original and richly drawn, Shelley Nolden's THE VINES features one of the most fascinating central characters you'll ever meet. Drawing on both the dark history of North Brother Island and today's painfully immediate worries about immunity and transmission of deadly disease, this debut transcends genre to combine history, thrills, obsession, medical ethics, and more into the compelling story of three generations of doctors and one remarkable woman."
--Greer Macallister, bestselling author of The Magician's Lie and The Arctic Fury

"Eerily timely and profoundly compelling, THE VINES is an unputdownable, unforgettable saga, the journey of a seemingly helpless, persecuted American woman who survives and battles back, against all odds; this first in what promises to be an explosive series signals the arrival of Shelley Nolden's masterful new voice in hybrid fiction."
--May Cobb, author of The Hunting Wives

"Every character in this book is incredibly unique...the history and science in this book is exceedingly well thought out, well researched and fabulously detailed. Where Ms. Nolden truly excels is the historical portions...For fans of real-life history, science and mysteries alike, Shelley Nolden weaves a magical story with an abundance of intrigue that will leave readers eager for a sequel."
--Ind'TaleMagazine

"In a debut that is part horror novel, part thought experiment, Nolden has accomplished the feat of getting readers to ask themselves what horrors can be done to serve the greater good."
--Booklist

"Shelly Nolden's first book -- with a promise of more -- is a wonderful mix of science fiction, history, fantasy and some wishful thinking; a worthy read on so many levels."
--BookTrib


As a nurse, I am always drawn to stories that bring to light the history and perspectives of medical treatments, historical figures, and historical landmarks, those that have made strides to the improvement and saving of lives, as well as, the notorious characters like Typhoid Mary as mentioned in this novel.

From the moment the story opens, I was completely hooked by Cora, who she is, what her scars were all about, and why she was at Brother Island, now off limits to public and a bird sanctuary - an isolated location of a shuttered Riverside Hospital now in ruins. The thrilling story continues to keep me turning those pages as Nolden expertly weaves stories from the past and the secrets the Gettler family is hiding. In this genre bending story, we witness the abhorrent and unethical experiments and practices from the past and how this is hauntingly creeping into the present timeline as dark secrets are surfacing. This story is also about the strength and resilience of Cora which was a formidable character and a true badass.

I recommend you look into the history of Brother Island and the pictures online from some amazing photographers that were granted entry into the now bird sanctuary with the buildings left in ruins. It really helped me bring this story to life.

Overall, this historical fiction scifi thriller mystery was engaging, thought provoking and quite relatable to our current pandemic situation. 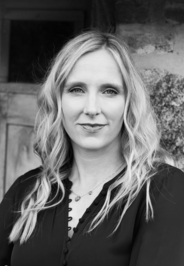 Born and raised in the Milwaukee, Wisconsin area, Shelley Nolden headed east after matriculating from the University of Minnesota. After living in New York City for five years while working in finance, she and her husband decided they weren’t meant for city life and moved to Ridgewood, New Jersey.

In 2011, Shelley was diagnosed with acute promyelocytic leukemia. The first sign of her disease was losing her baby during the nineteenth week of pregnancy. She spent the first forty days of her illness inpatient, simultaneously mourning the loss of her baby while missing her eighteen-month-old. Because this type of leukemia prevents platelets from maturing into functioning clotting cells, her daughter wasn’t allowed to visit because even a hug could have proved fatal. Throughout her ordeal, she kept a cancer blog and regularly contributed to cancer-related publications.

Stemming from her personal experience, Shelley developed a deep-rooted drive to help others affected by cancer, subsequently becoming a Co-founder of GRYT Health, whose mission is to improve quality of life and increase survival for people facing cancer through a relentless focus on patient experience. Additionally, resulting from her experience as a college athlete (as a swimmer and then rower), as well as her years as a woman on Wall Street, she acted on her passion for the advancement of women’s rights by becoming an Advisor to Goal Five, a women’s sports apparel company named after the United Nations’ Fifth Sustainable Development Goal: Achieve gender equality and empower all women and girls.

Shelley’s debut novel, THE VINES, will be released March 23, 2021. Her obsession with forbidden North Brother Island in New York City’s East River, as well as her personal health history and passion for equality, heavily influenced the creation of this historical fiction thriller.

Currently, Shelley lives in the Milwaukee area with her family and their dog Storm, named after one of the most powerful and respected superheroes. Because, naturally, her commitment to female empowerment extends to the family dog.
Posted by NURSE BOOKIE at 9:48 AM