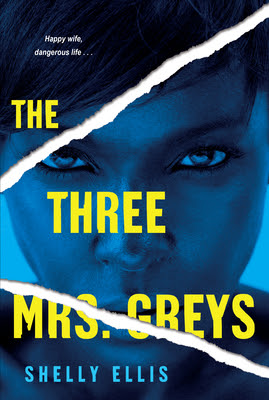 One wealthy businessman, a trio of unsuspecting wives, and an explosive turn of events. In this scandalous, twist-filled new series from Shelly Ellis, will too many secrets and one devastating bond unite three women--or destroy them?
Noelle. Diamond. Vanessa. Each woman believes she is Cyrus Grey's only wife--until he's nearly shot to death. Now, as he lies in a coma, the deceptions keep coming, unraveling everything they thought they knew . . .

Gorgeous model Noelle's marriage to Cyrus anchored her--though she couldn't understand why he wouldn't have a baby with her. They certainly had the money. But she's learning fast just how Cyrus became so rich--thanks to his fatally attractive business partner . . .

For Diamond, marrying Cyrus saved her from the streets--and being a pimp's punching bag. But her past makes her the police's prime suspect in Cyrus's shooting. She's determined to get to the truth--if she can survive long enough to tell it . . .

Even with her beautiful house, three kids, and elegant lifestyle, Vanessa sensed something was wrong in her marriage. But she never expected this--or that taking a lover for comfort would change the game completely.

With danger closing in, Cyrus's life hanging in the balance, and collateral damage threatening to take them all down, how far will each woman go to be the real Mrs. Grey?
MY REVIEW:
This book was so thrilling and fun to read.
Right from the start when the three point of views of the three Mrs. Grey's were introduced in succeeding chapters, my eyes just widened with shock for all the drama and I am here for it. I was not really sure how the story would develop, but the plot just continues to thicken and reeled me right into the thick of the story.
Talk about a man leading a double life, and in this case, for the extra challenge, call it a triple threat! Cyrus is a wealthy businessman who was shot and each of his wives showed up to as the Mrs Grey. I enjoyed the fast paced read, the well plotted mystery that I certainly did not guess right away, and the perfectly paced story line.
I am looking forward to book 2 as I was left to want more with the cliff hanger of an ending. I really enjoyed this book a lot.
AUTHOR SPOTLIGHT: 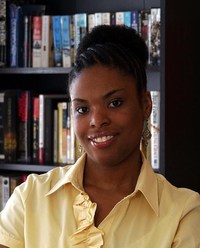 Shelly Ellis is a NAACP Image Award-nominated women's fiction/romance author and creator of the Gibbons Gold Digger and Chesterton Scandal series. Her fiction writing career began when she became one of four finalists in a First-Time Writers Contest when she was 19 years old. The prize was a publishing contract and having her first short-story romance appear in an anthology. She has since published ten novels and was a finalist for 2015 NAACP Image Award in the Literary Fiction Category, a three-time finalist for the African American Literary Award in the romance category (2012, 2016, and 2017), and a finalist for the 2015 RT Reviewers' Choice Award in Multicultural Romance category.

She is married and lives in Prince George's County, Maryland with her husband and their daughter. Visit her at her web site www.shellyellisbooks.com.
Posted by NURSE BOOKIE at 9:39 PM