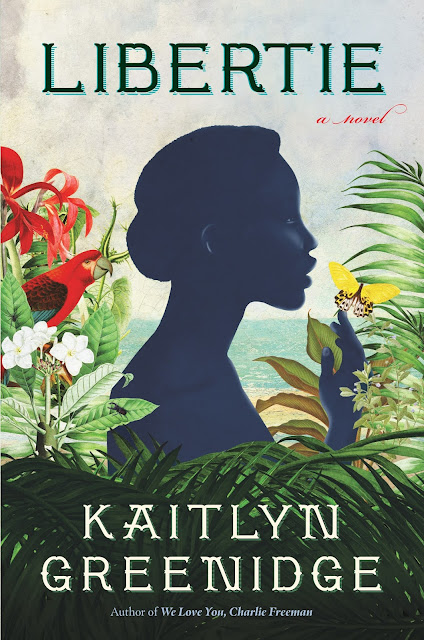 The critically acclaimed and Whiting Award–winning author of We Love You, Charlie Freeman returns with Libertie, an unforgettable story about one young Black girl’s attempt to find a place where she can be fully, and only, herself.

Coming of age as a freeborn Black girl in Reconstruction-era Brooklyn, Libertie Sampson is all too aware that her purposeful mother, a practicing physician, has a vision for their future together: Libertie is to go to medical school and practice alongside her. But Libertie, drawn more to music than science, feels stifled by her mother’s choices and is hungry for something else—is there really only one way to have an autonomous life? And she is constantly reminded that, unlike her mother, who can pass, Libertie has skin that is too dark. When a young man from Haiti proposes to Libertie and promises she will be his equal on the island, she accepts, only to discover that she is still subordinate to him and all men. As she tries to parse what freedom actually means for a Black woman, Libertie struggles with where she might find it—for herself and for generations to come.

Inspired by the life of one of the first Black female doctors in the United States and rich with historical detail, Kaitlyn Greenidge’s new and immersive novel will resonate with readers eager to understand our present through a deep, moving, and lyrical dive into our complicated past. 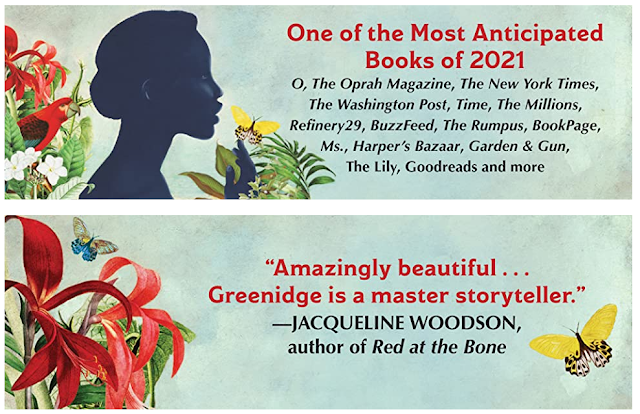 Named One of the Most-Anticipated Books of 2021 by:

The #1 Indie Next Pick for April!
A March LibraryReads Selection

“Pure brilliance. So much will be written about Libertie—how it blends history and magic into a new kind of telling, how it spins the past to draw deft circles around our present—but none of it will measure up to the singular joy of reading this book.”
—Mira Jacob, author of Good Talk

“This is one of the most thoughtful and amazingly beautiful books I’ve read all year. Kaitlyn Greenidge is a master storyteller.”
—Jacqueline Woodson, author of Red at the Bone

“Greenidge follows up her highly successful debut novel, We Love You, Charlie Freeman, with the heart-wrenching fictional story of the young daughter of one of the first female physicians in Reconstruction-era Brooklyn, a stunning look at what freedom really means.”
—Adrienne Gaffney, The New York Times

“With Libertie . . . Greenidge is making a stylistic leap with an intricately researched and lushly imagined coming-of-age story set in 19th-century Brooklyn and Jacmel, Haiti . . . Both epic and intimate.”
—Alexandra Alter, The New York Times

“From the first page, Greenidge catapults us into a masterfully crafted story in which the possibilities, limitations and shifting contours of freedom for Black people take center stage. Inspired by the true story of Susan Smith McKinney Steward, the first Black woman to become a doctor in the state of New York, and her daughter, Greenidge breathes powerful life into this lesser-known history. She conjures a fiercely gorgeous, complex portrait of life for Black women during the Reconstruction era. It is a story that’s at once politically weighted and intimately resonant . . . Greenidge perfectly weds the precision of historical details and context with fantastical elements of myth and magic to illuminate the enduring questions: What does freedom mean for Black girls and women? What does it look, smell, feel, sound and taste like? Libertie is a beautifully written meditation on Black liberation and imagination. It is exquisite historical fiction that lovingly reminds us to reassess our own present-day commitments to fighting for, and practicing, freedom.”
—Ms. magazine

“Spectacular . . . A revelatory and enchanting piece of historical fiction.”
—BuzzFeed 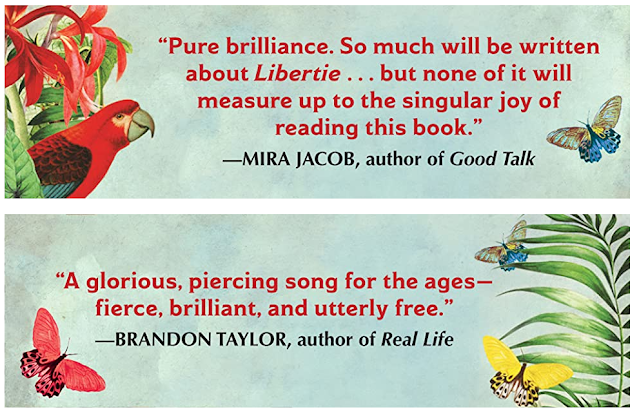 One of the most enjoyable experience for me is reading about coming of age stories that follow a character from the time of youth to adulthood, and where the character arc is evident through a masterful storytelling. I thought Greenidge accomplished and captured the voice of Libertie beautifully.
Libertie is a story set in the Reconstruction era post American Civil War circa 1865 that is focused on Libertie Sampson, the daughter of the first practicing black female physician in Brooklyn. Since a child, Libertie has seen what her mother could accomplish as a physician in her community so much so believing that her mother can raise the dead after seeing a very sick man in a casket brought in to her home clinic. Of course her mother idealized for Libertie to follow suit in practicing alongside her by sending Libertie to college and hopefully medical school to see her daughter practice side by side with her. However, Libertie is drawn to music and matters of the heart rather than physical science. The book is beautifully told as one freeborn black woman whose skin is just a bit too dark navigates her freedom from girlhood to womanhood as complex themes of racial identity, slavery, womanhood and class is addressed in this fantastic work of fiction based on true life events.
A truly mesmerizing book about all forms of freedom one wants to achieve in a beautiful story about the complexities of a mother and daughter relationship. I highly recommend this read. 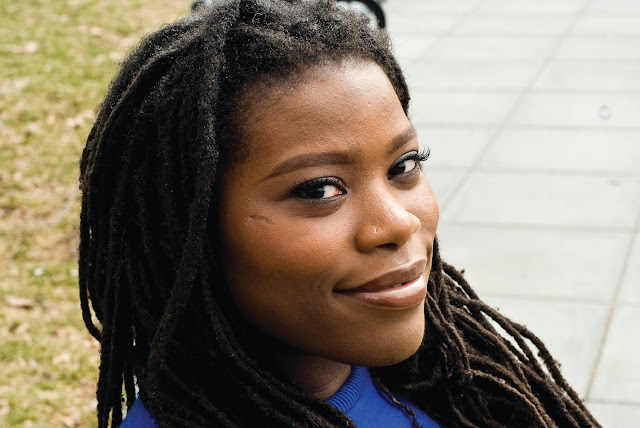 Kaitlyn Greenidge's debut novel, We Love You, Charlie Freeman, was one of the New York Times Critics’ Top 10 Books of 2016 and a finalist for the Center for Fiction First Novel Prize. She is a contributing writer for the New York Times, and her writing has also appeared in Vogue, Glamour, the Wall Street Journal, and elsewhere. She is the recipient of fellowships from the Whiting Foundation, the National Endowment for the Arts, and the Radcliffe Institute for Advanced Study. Her second novel, Libertie, will be published by Algonquin Books on March 30, 2021. Greenidge lives in Brooklyn, New York.
Posted by NURSE BOOKIE at 4:51 PM