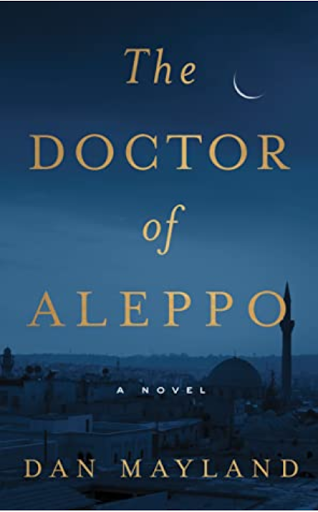 
After Oskar is wounded at a street protest one evening, he and Hannah cross paths with Dr. Samir Hasan, a renowned surgeon. As the protests swell into all-out war, Dr. Hasan tends not only to Oskar, but also risks his life, his practice, and his family to tend to a nephew the government has branded an insurgent.

Dr. Hasan’s humanitarian activities come to the attention of a vengeful, Javert-like secret police officer whose son’s death on Dr. Hasan’s watch triggers a series of events that will drag Hannah and Oskar deeper into the war and put Hannah and Dr. Hasan in the officer’s crosshairs....

Early Praise for the book:

"A heroic and heartbreaking novel that concentrates on concepts of homeland, family, loss, and, above all, survival." --Booklist

''The scope of war may belong to the historian, but the tragedies belong to the novelist. Mayland not only portrays the collapse of Aleppo with authority, he depicts the human struggles for life and dignity with a deftness that will wreck the reader's heart. A must-read for more than action, but wisdom and compassion.'' --David L. Robbins, New York Times bestselling author of War of the Rats and The Devil's Waters

''Dan Mayland's The Doctor of Aleppo turns an unflinching gaze on the reality of modern warfare, fought in neighborhoods rather than a battlefield, where today's ally is tomorrow's enemy, and people struggle against all odds to maintain their humanity. A thriller that breaks your heart as it rockets toward its stunning conclusion.'' --Gwen Florio, author of Silent Hearts

"Dan Mayland has painted humanity at its best and its worst with unforgettable imagery and complex characters in a relentless plot. The Doctor of Aleppo streaks with urgency through a supremely crafted labyrinth of intrigue. There will be a temptation to describe this as a thriller, and it certainly is, but that unfairly fails to recognize the depth of this novel.'' --Daniel Beamish, author of Truth, by Omission

''In The Doctor of Aleppo, Dan Mayland lends a human face and a compelling story to a tragedy too large and complicated for most of us to understand. A harrowing and unforgettable read.'' --Dana Haynes, author of St. Nicholas Salvage & Wrecking

''Dan Mayland's The Doctor of Aleppo grips you from the start. His keen storytelling lends insight into war and its brutality through this tale of hope and redemption.'' --Judy A. Bernstein, author of Disturbed in Their Nests

"The pace is swift and intense, with knowledge of Aleppo's geography complementing the significant human interaction." --Manhattan Review of Books

This was an enthralling and outstanding historical fiction war novel read from Dan Mayland, a spy author and a geopolitical forecaster. His research through Azerbaijan, Central Asia, Iran, Bahrain and the Syrian Turkey border came to life in this book and through an ensemble of characters whose lives we are immersed in this story.

The setting is in the 21st century war torn Aleppo, Syria and the writing is truly a stand-out. The intricate research with the vivid and rich detail of the storytelling makes this novel one for the ages. The story itself was an enlightening experience for me especially learning about that area of the world, but it was the characters that really drew me into this story.

The characters with their struggles and hardships, quest for survival to protect their loved ones, were brought to life through this page-turner and heartbreaking novel.

I highly recommend this amazing novel. 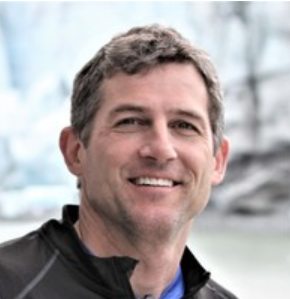 Dan Mayland is an author and professional geopolitical forecaster, helping nonprofit, private, and government organizations navigate a changing world. His Mark Sava spy series and his latest novel, The Doctor of Aleppo, were informed by his experiences in the Caspian region and Middle East. Raised in New Jersey, Mayland now lives in Pennsylvania with his wife and two children, in an old stone farmhouse he and his wife have restored. More information about Dan and his books can be found at danmayland.com.