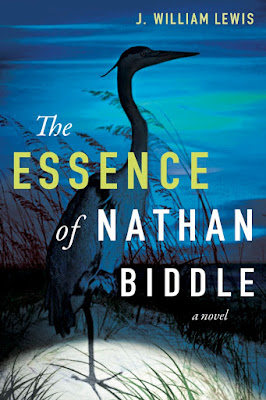 The Essence of Nathan Biddle is a timeless coming-of-age tale that, as novelist David Armstrong observed, “is like discovering The Catcher in the Rye all over again.” Protagonist Kit Biddle is a rising prep school senior who finds himself tangled in a web of spiritual quandaries and intellectual absurdities. Kit’s angst is compounded by a unique psychological burden he is forced to carry: his intelligent but unstable Uncle Nat has committed an unspeakable act on what, according to the Uncle’s deranged account, were direct orders from God.

The tragedy haunting his family follows Kit like a dark and foreboding cloud, exacerbating his already compulsive struggle with existential questions about the meaning of his life. When the brilliant, perhaps phantasmic, Anna dismisses him, Kit quickly spirals into despair and self-destruction. But when his irrational decision to steal a maintenance truck and speed aimlessly down the highway ends in a horrific accident and months of both physical and emotional convalescence, Kit is forced to examine his perceptions of his life and his version of reality.

In this exquisite bildungsroman, calamity leads to fresh perspectives and new perceptions: it focuses Kit’s mind and forces him to confront the issues that plague him. Readers will empathize—and celebrate—as the darkness lifts and Kit comes to terms with the necessity of engagement with life’s pain, pleasure . . . and absurdity.

An intelligent, clever, and captivating tale, The Essence of Nathan Biddle soars in the spaces that exist between despair and hope, darkness and light, love and loss. Beautifully written, profoundly moving, and resplendent with characters destined to remain with you long after the last page is turned, The Essence of Nathan Biddle is unforgettable.


The Essence of Nathan Biddle is a bildungsroman of sorts, set in the 1950’s Alabama, as Kit narrates his life as a high school senior who is coming to terms with the unspeakable tragedy that in his Uncle Nat’s derangement, credits as God’s idea. With this horrific incident looming over his family, he spirals himself into depression and ends up convalescing after getting involved in a harrowing accident.

This character driven story is brilliantly told through the eyes of a brooding teen trying to find the meaning of his life, understand the grief and loss he has suffered, feel love and acceptance, all the while trying to successfully navigate his remaining high school years when everything seems to be against him. 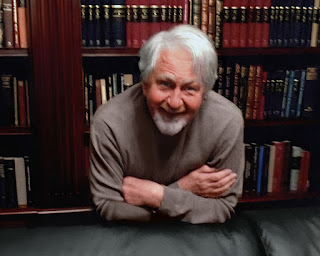 After a clerkship for the Honorable Walter P. Gewin on the U.S. Fifth Circuit Court of Appeals, Lewis practiced law in Birmingham for over three and a half decades.

He has been married to Lorraine Seaman Lewis for more than half a century.

The Essence of Nathan Biddle is his debut novel.
Thank you @tlcbooktours for having me in this tour
Posted by NURSE BOOKIE at 6:21 PM